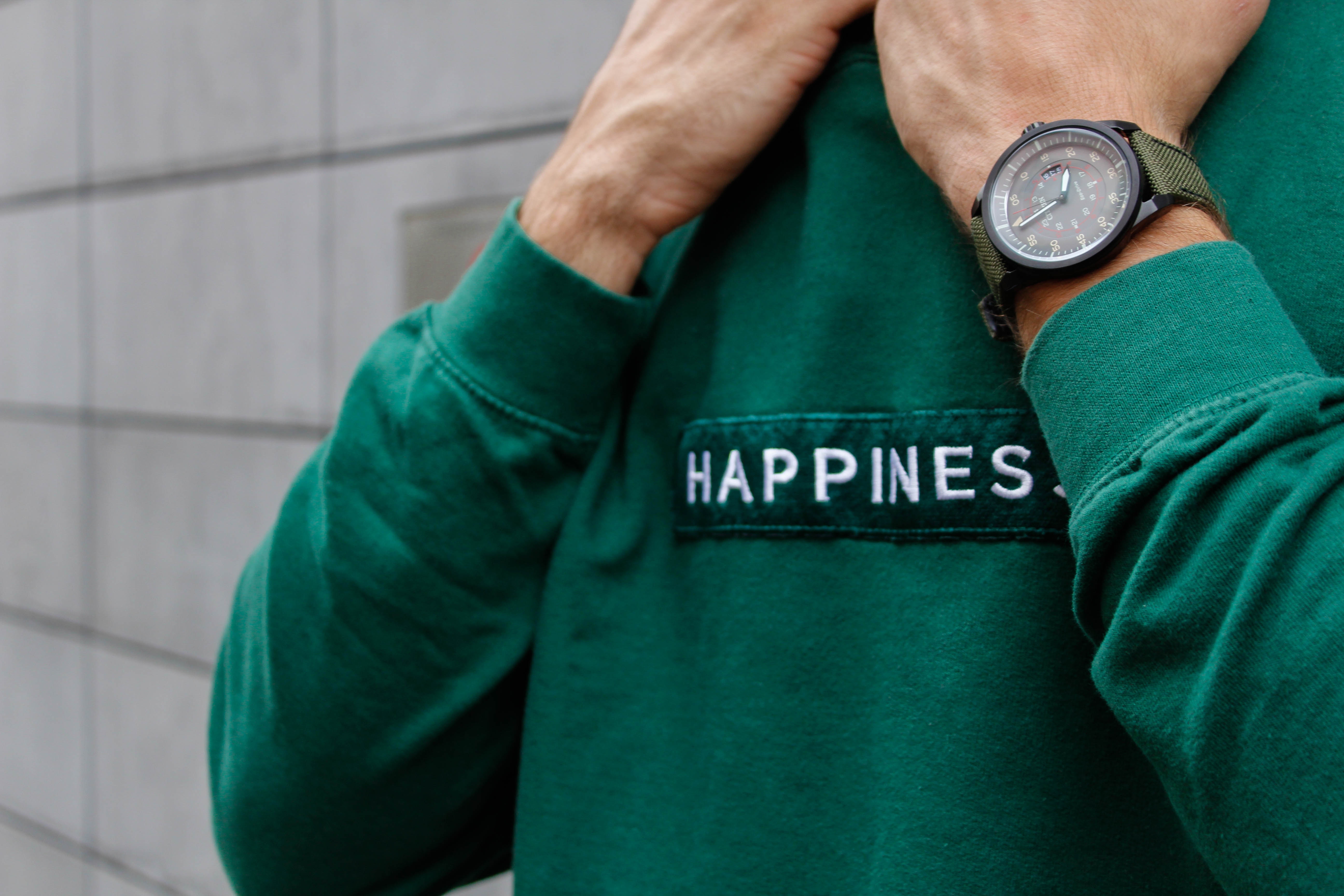 This is what I told my counselor after my attempts at happiness failed. I felt something was wrong, and I needed to fix it. Life should be happy. At least, that’s what we’re told in Disney movies. We’re suppose to be in a happy world where there are only temporary blips of sadness that we can largely ignore.

But when I visited my counselor, it felt like a blanket of sadness had covered my life, and my attempts at chasing happiness weren’t working.

“What if it’s okay to not be happy?” my counselor responded.

“I mean, what if it’s okay to feel sadness, regret, anger, and all those other unpleasant emotions. What if happiness isn’t the goal here?”

If you put happiness on a pedestal and have a small feeling that it’s destroying your life, read this very carefully…

I’ve learned that happiness won’t give me the successful, fulfilling life I want. A life where happiness is the goal isn’t living.

There’s a much better approach to life, and when you lean into it, you’ll discover a healthier, fulfilling, and more courageous life. And yes, it will make you more successful.

In this article, I’ll show you what living looks like, and how to tap into this true life. But first, let’s talk about why happiness as a goal is a waste.

The entire country has a heart problem. If my counselor were to tell all of America that happiness wasn’t the goal, more than half the population would tell him to shove it. We don’t like feeling negative emotions. They’re distractions on the path to productivity and efficiency.

We only like feeling positive emotions of happiness. The problem here is that we’ve become so bad at feeling our other emotions that we engage in numbing behaviors. When life gets hard, we reach for the beer or remote to drown out the negative emotions.

Escaping our emotions and only paying attention to happiness is not living. But society today gives such a high value to happiness that we normalize this picture of life.

The goal of life is not to live in an ignorant happiness as long as possible, but to live fully.

What does it mean to live fully? To experience all of our emotions. Let them have their space. Learn from them. And gain control over your life again.

When we ignore or numb our negative emotions, they don’t disappear. They remain dormant in us, poisoning us from the inside out.

Studies show that people who suppress their emotions are less able to repair their negative mood. They experience fewer positive emotions and more negative emotions. Plus, they have less life satisfaction and less self-esteem.

When we suppress emotions, they end up ruling our lives even though we think they’re not. They’re in the background of all our decisions, thoughts, and actions.

Back in the days of our ancestors, human beings could immediately fix their negative emotions. If they saw a lion, they would feel fear and run. Then the emotion would be fixed. If they felt anger at an animal, they could attack it and bring home dinner.

But we live in a different age now. We can’t immediately fix our emotions like this, though our brain would like to believe we can.

When we experience negative emotions, the temptation is to do something to fix it. Instead, we need to feel them.

Author Chip Dodd in his book, The Voice of the Heart, describes eight core emotions: hurt, loneliness, sadness, anger, fear, shame, guilt, and gladness. In his book, he argues that when we feel these emotions in a healthy way, we can experience the gift of these emotions. This means, there’s a good side to all of our emotions.

Only one emotion on this list is considered a positive emotion. But the author argues all of the emotions are positive because they can all lead to positive outcomes.

Our emotions can lead to good. But only if we sit with them long enough instead of trying to fix them.

Happiness is the result

Here’s the incredible irony: when we ignore our negative emotions, then we won’t feel joy. Chasing happiness doesn’t actually give us lasting happiness. Feeling all of our emotions does.

There’s a reason Chip Dodd placed gladness as the last core emotion. He argues that you cannot reach gladness unless you learn to feel all the other emotions.

In her book, The Gifts of Imperfection, Dr. Brene Brown also argues that if we numb the dark, we numb the light.

When we prioritize happiness to the point where we ignore the other emotions, then we actually don’t experience true happiness at all. It’s a fake happiness where we shove everything else under the rug.

How does accepting emotions lead to success?

When you release your death grip on happiness and embrace all of your emotions, then you invite more success in your life.

Instead of running away from your negative emotions, you accept them. This acceptance will give you the courage to face intimidating situations with confidence.

Or consider this: when you stop numbing or ignoring negative emotions, then you stop reaching for instant gratification. You learn to put down your phone more. You learn to think about the long game. You prioritize your values instead of your current emotional state.

When you live fully (meaning experiencing all of your emotions), you get to steer the course of your life. You get to make your life more successful.

When you’ve been so closed off to feeling your emotions for so long, it can be difficult to think about the next step. But the next step isn’t all that intimidating.

To start feeling your emotions, first you have to learn to name them. That’s it.

When you start feeling an unpleasant feeling, try to name the emotion inside you before looking for a way out.

The tool that has helped me here is the Feelings Wheel. There are several versions of this wheel, but using a tool like this can help you trace the source of your emotion, and identify it. Then, once you name it, allow yourself to feel it.

This is how we solve America’s heart issue — by learning to sit with our emotions long enough to be comfortable with them and learn from them. It’s not chasing happiness that’ll give us a successful, fulfilled life, but sitting in this space long enough to find its truth.

Previous: This Simple Shift in Perspective Can Instantly Make You Happier
Next: The Power of Visualization: How to Imagine the Future to Create a Better Present