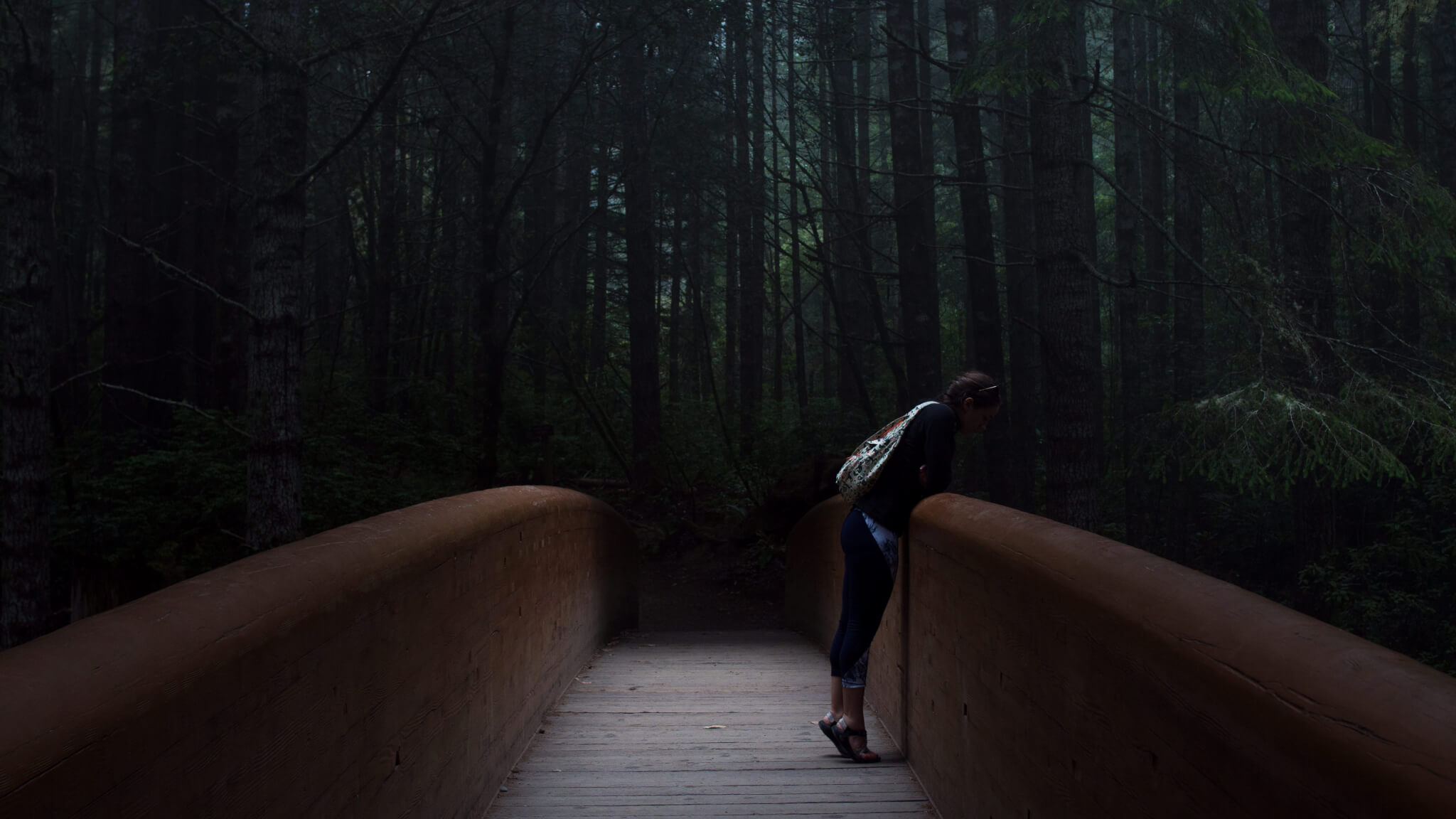 All problems begin in our heads. It’s true. Problems are not problems until we think they are problems.

Many people look at the world and see external obstacles blocking them from their dreams. But many times, it is our negative beliefs dictating what is an obstacle or not.

This is why it’s important to snuff out your negative beliefs. They color your perspective, spot more problems, and hold you back from living the life you want.

If we know a negative belief is a lie, why do we still believe it? Why is it so hard to shake?

For years I struggled with negative beliefs about money, relationships, significance, and my own self-worth. I knew I had lies in my head telling me…

I instantly called these lies out in my head, but that did nothing to change the belief. I still believed them in my core.

And because I still believed them, they were resulting in negative emotions, self-sabotaging behaviors, and a negative mindset.

When I started studying joy, I finally discovered the reason why I was holding onto these negative beliefs.

They served me in some way.

When we find ourselves unable to shake negative beliefs, though we acknowledge they are wrong, it’s most likely because they’re serving us in some way. There’s a benefit to believing these hurtful lies.

Most people are unaware of secondary gains. They provide desired results for a person, but that person does not intentionally create those results. This is an important distinction to make, because as we explore secondary gains, it might seem manipulative or faking.

People don’t know the ways their negative beliefs are serving them.

Here are some ways we could receive secondary gains from our negative beliefs:

1. They produce an emotion that provides desired results.

Your negative beliefs might be causing you to feel anxious, stressed, or depressed. No one intentionally wants these emotions. Yet, people might want the benefits that surround these emotions. In other words, secondary gains.

For instance, when you are anxious, people might come to care for you. You don’t like your anxiety, but it’s reinforced by the care you receive when you feel it.

When you are stressed, you like to drink. Your stress is reinforced when you enjoy a drink after a hard day.

When you complain about your problems, you get sympathy. You like receiving the sympathy, and so your complaining is reinforced.

Now, it might seem like this is being intentionally manipulative. But again, most of this happens under the radar. A person is unaware of how they might be reinforcing their unwanted emotions.

A person might want to shake their anxiety, but their mind does not want to let go of the support they receive while being anxious.

This is a reason why negative beliefs can be hard to shake. They produce an emotion that benefits people in some way.

If you suspect this is the reason you’re struggling to let go of a negative belief, then I suggest you become a student of your emotions. Explore when you’re feeling an unwanted emotion. Then see what secondary benefits you might be receiving from that emotion.

Awareness is the key here.

2. They give you certainty.

The brain hates being wrong or uncertain about things. It’s built to help us survive, and that means it wants to be absolutely sure about the world around us.

Sometimes, people hold onto negative beliefs because of the certainty it provides.

It’s more comfortable to believe in something certain, even if it’s a lie.

Being in a space of uncertainty produces negative emotions we don’t want. The brain doesn’t like it, so much so that it would rather believe lies then question something.

Learning to challenge your beliefs is essential for releasing yourself from lies.

3. They give you an identity that provides desired results.

These can be wanted identities, though no one would intentionally set out to be them.

A person might hold onto negative beliefs that give them the identity of being a victim because then they won’t have to take responsibility for their healing.

A person might hold onto negative beliefs that give them the identity of being a martyr because that identity might be praised in their family or cultural system.

A person might hold onto negative beliefs that give them the identity of being a villain because they don’t want people to get close to them. They act out so people can withdraw.

Again, people might not set to become a victim, martyr, or villain. But these identities might provide some unknown benefit for them.

Most of our negative beliefs are fiction that we assume to be facts. We think our brain is being rationale and that it has gathered data and interpreted them as facts.

Before exploring your secondary gains, you might need to let go of the idea that your beliefs are facts or observations.

Instead, start with your negative beliefs being fiction. With this as your starting point, it gives you a jumping off point to explore your secondary gains.

Previous: 3 Tiny Actions Feeding Your Negativity Without You Realizing It
Next: What to Do with Competing Life Philosophies

Want My Cheat Sheet for Happiness?

I’ve developed a simple guide to help you understand your unhappiness, and build a plan for joy. You’ll finally have a cheat sheet for positivity in your life.

Just let me know where to send it.