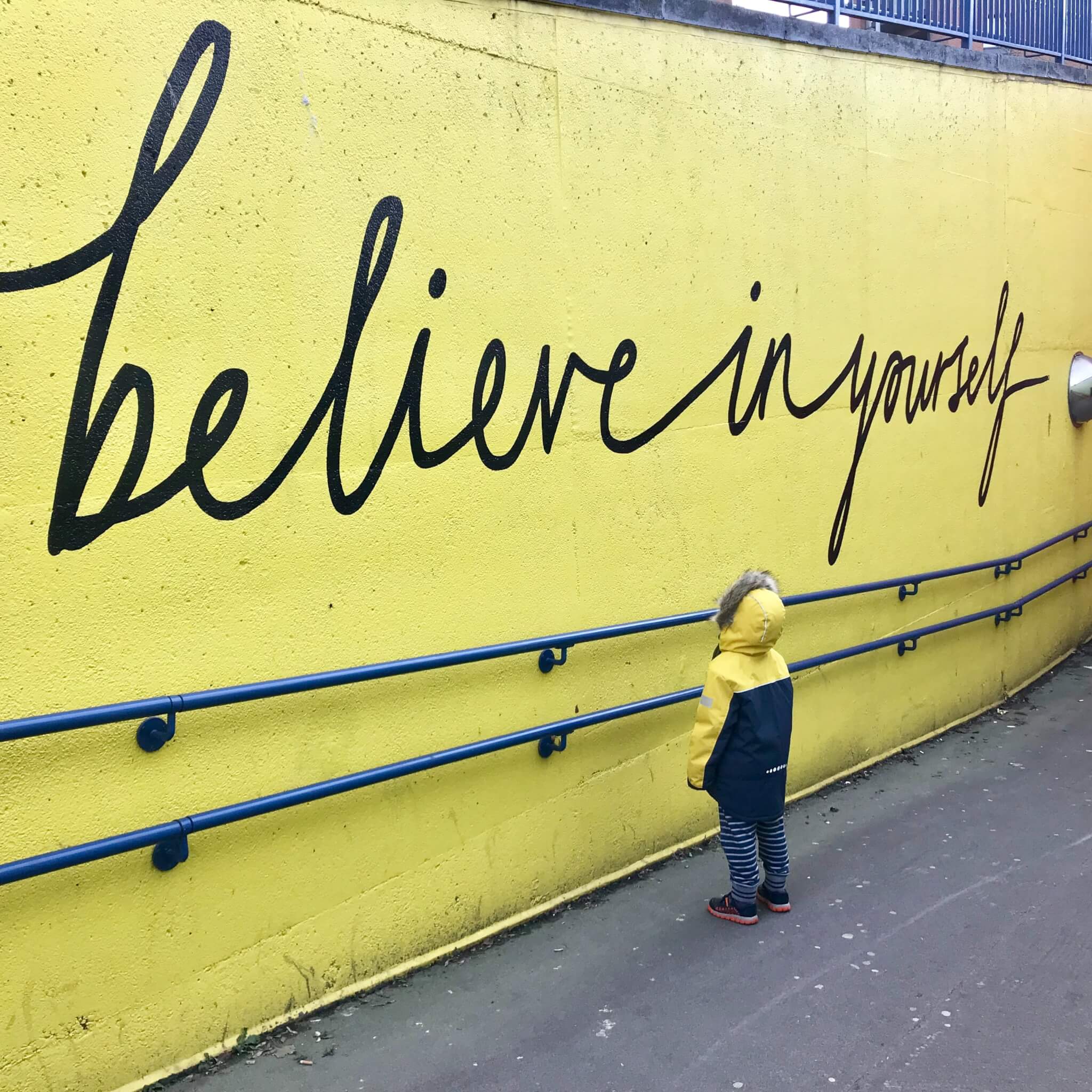 When you need people’s approval to do ambitious work, you’re actually fueling your success with negativity. Why? Because you’ll never get everybody’s approval. It’s a battle you can’t win.

And yet, so many of us still reach for the approval of others. Why?

This is a concept I call outsourcing belief.

Basically, when you don’t have enough belief in yourself, you have to get it from somewhere else. Outsourcing belief is when you need others to believe you.

In the beginning years of my business, I was outsourcing belief. I didn’t believe I could do it, and so I relied on other’s belief in me. But when I didn’t get this belief, I just spiraled deeper into my negativity until I eventually burned out.

Are you outsourcing your belief?

This is a common struggle. Fortunately, there’s a way to stop outsourcing your belief and believe in yourself again.

Before we go any further with how to believe in yourself, lets fully flesh out the dangers of outsourcing your belief. Not only does outsourcing belief lead to burnout and negativity, but it also produces three large consequences in your life.

Codependent individuals typically have poor self-esteem. They naturally don’t believe in themselves. Because of this, their boundaries get meshed in with other people in their lives. They don’t know where they end and someone else begins.

For codependent people, belief from another person feels like believing in themselves. But this is only because the boundaries between them and others is non-existent.

Codependency leads to exhaustion and burnout if left unchecked. When a codependent person can build an internal locus of control (“I control my destiny”), and stop searching for external validation, they can produce the results that give them joy.

When you don’t believe in yourself, and you need others to believe in you, you can go to extreme lengths to generate that belief. In many cases, it means neglecting the truth and denying how you really feel.

In other words, you have to be inauthentic to get people to believe in you.

For example, you pretend to be happy and satisfied so that others would believe in you. You never show your true emotions and thoughts for fear of people not believing in you anymore.

This is actually a form of manipulation. With your inauthenticity, you are manipulating the beliefs of others. Not only is this wrong, but it’s exhausting.

You don’t need to put on a happy face or keep up a performance for people to believe in you.

When you let go of the performance and stop fishing for belief, you’ll discover the joy of being your authentic self.

Finally, when you need others to believe in you, this becomes justification for not taking action. You can’t take action until people believe in you.

This ties your activity to what people think of you, which is always changing. If you do this, you’ll never do the work you’re called to do. Instead, you’ll strap yourself on a rollercoaster ride that just tosses you up and down and takes you nowhere.

How to Believe in Yourself

If you want joy and success, you need to start with belief in yourself instead of outsourcing it. But how can you do this?

The process of belief is actually simple in theory, but difficult in process. Lets break it down.

Your disbelief in yourself is what shows up on the surface. But this disbelief is powered by a deeper belief that you might not even recognize. Bringing awareness to this deeper thought is the difficult, but necessary, first step.

Obviously, these are not true.

We believe false things about ourselves for many reasons, but one reason is, these beliefs are so buried inside us, we don’t bring them to the light so we can question them.

Once you identify the root negative thought, become an observer of it. Let go of your certainty about the belief, and instead, become curious about it.

As you do, move the thought from fiction to fact. Most of the negative beliefs we have about ourselves are observations we think are facts. But they’re only “facts” to us because being certain of them protects us somehow.

Moving from fiction to fact will help you loosen the grip of this deep negative thought that’s powering your disbelief.

We actually have a lot of power when it comes to creating new beliefs for ourselves. Once we identify the root negative thought that’s holding us back, we can replace it with a new thought.

Beliefs are just repeated thoughts. For so long, we’ve repeated the same negative thought, and it showed up on the surface as outsourcing our belief to others.

But now, you can choose the thought you want to repeat that’ll help you believe in yourself.

For instance, you might want to believe you are smart instead of stupid. In fact, when you factualized your root negative thought, you might’ve realized that you have more grit than most. So the new thought you want to create might be, “I may not be as smart as others, but I have ten times more grit than they do.”

This new thought can help you believe in yourself.

Because of the brain’s confirmation bias, we look for evidence to confirm our beliefs in the world. Our brain loves being right.

But what most don’t realize is, we can supply our own evidence for new thoughts we want to believe.

If you want to believe you have more grit than most, then you can supply that evidence to help support your new belief. If you’re still seeing evidence for your root negative thought, become curious about it again and lessen the intensity of it.

Believe in Yourself Again

The process of believing in yourself is more active than passive. Many believe that we are given evidence to support our beliefs, but we can choose what we want to believe, and then supply the evidence ourselves.

Instead of outsourcing your belief, you can choose to believe in yourself enough for you to do your work in the world.

Joy starts when you learn to believe in yourself again.

Previous: Beware of This Common Fallacy if You Want to Be Happy Today
Next: 3 Tiny Actions Feeding Your Negativity Without You Realizing It

One thought on “Are You Outsourcing Your Belief?”